The Curious State of the MES Industry

Manufacturers shouldn’t expect MES projects to be late and over-budget, but many do. They should expect exceptional customer service and successful data migration, but that’s not what many suppliers offer. 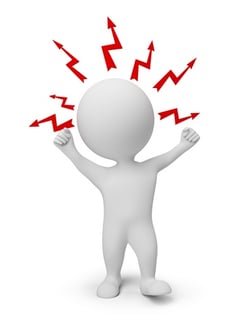 Recently, I was in a Verizon store trying to transfer information from my old phone to a new device.  This is not rocket science.  We should know – our software has helped put the space shuttles, the Delta Rocket, commercial aircraft and satellites into the air.

This is a simple data transfer, moving my applications, names, numbers and other information from an old device to a newer, smoother, faster device.  After a few minutes in the store, I began to doubt Verizon could finish the job.  Could I still use the new phone without my data?  Of course – I could also start over and just copy what I needed, one application or contact at a time, but I didn’t want to.

I know how easy the migration should be, because we’ve spent a lot of time, energy and brainpower working with data.  Last year, we introduced a new product offering that transfers data from any platform to any other platform.  We are using it to migrate, move and repair all kinds of data, including embedded data links and legacy databases that haven’t been updated for decades.

So why can’t Verizon move a few apps and files?  From what I can tell – they don’t want to.  They don’t feel it’s worth their time.  It’s an expensive use of their resources in an industry with consumers who have come to accept crappy customer service. For them, there is no value in offering the service.

And that’s when I started to think about the MES industry.

In 20 years in this business, I’ve never met a manufacturer that doesn’t have existing data they need to move to a new system.  Whether they have 20 years of data, or just 30 months, they need access in order to continue work. As a computer system ages, slowly drifting into obsolescence, access becomes difficult and the system starts holding back production. 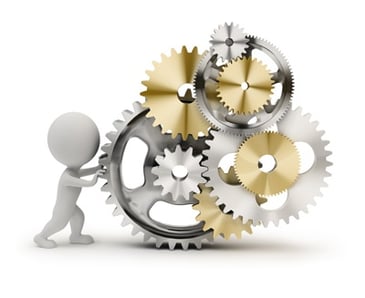 Once they see the problem; most companies do nothing right away.  They take time (lots of it) to get everyone together to discuss what they need in their new system.  Prospects end up with requirements that read like a wish list for Santa.  Last year, we had a prospect tell us they had created a “very modest” list of requirements.  They wanted a quick ROI and were tightly controlling the project asks.  The sheet they sent had close to 250 line items (which make me wonder what the “not-modest” requirement list looked like).

This has become an industry standard because, much like the ill-fated and poorly equipped smart phone service providers, people have come to expect expensive, overly complex and mostly late projects from the software suppliers in our industry.  They believe an incredibly long and maddeningly-detailed requirement list is a necessity to play the game.  Suppliers are happy to play along, especially since most providers can’t deliver a project on-time or on-budget.

It’s true.  We constantly hear horror stories of projects gone wrong – delivered, but phenomenally over-budget, with functionality missing and a system that leaves the users disappointed.

When working with MES providers, companies create a huge list of asks to help protect themselves and their project.  If they’re going to jump in and spend the time and the money, they figure they need to get the bang for the buck.  Plus, if the project is going to under-deliver, the customer assumes it is better to fill up the requirements.

Bigger projects don’t mean better results.  More service charges won’t deliver more effective software.  Adding another report or another piece of esoteric functionality isn’t going to protect you from failure (in fact, it will add to the complexity, which is never a good idea).  A brand-name (large provider) also does not guarantee success; the delivery may eventually come, but long after your needs have changed.

Back to Verizon, who broadcast on commercials non-stop how they’re the largest this, the best that.  Offering the largest data network in the world doesn’t do anything if you force the customer to move information from one phone to another.  All that network power does me no good if I can’t access my contacts.  They are making their product less accessible.

Eventually, I did solve the problem on my own.  Shortly after leaving the store, thoroughly disgusted with the time wasted, the service (lacking) and the attitude (the 20-something Verizon rep cited her years in the industry as proof she could get the job done – before she totally failed at it), I was able to move my applications over.  Today, my phone and I are operating smoothly, despite any help from the supplier.

Take the time to work with the MES supplier to understand your needs and develop a project plan and requirement list. Together, you can design a project that benefits production, rather than setting everyone up for failure. Develop trust with the supplier and work collaboratively. Want to see what working collaboratively can do for you?  Ask for a shop floor analysis – it’s the first step toward seeing how an MES can benefit you.

Honestly, not every MES supplier can work like this. The focus on massive, overly complex projects using software developed decades ago is so embedded in our industry; some companies see project overruns and missed deadlines as the cost of doing business.  The supplier relies on those expectations and the customer cringes and comes to expect it… which is too bad, because it shouldn’t be that way.

So as not to leave you thoroughly discouraged, there are vendors who do what they say, and companies who believe the status quo isn’t good enough.  We offer written guarantees on price, project and timeline, and we don’t overpromise just to get a sale.  I don’t know another provider that’s out there that does what we do, but surely we can’t be the only one in the industry who provides projects on-time and on-budget?

In the meantime, I’m still looking for an honest telecommunications company who can manage a simple migration between phones.  Let me know if you find anyone.

Topics: How can you evaluate shop floor software?, How can you implement paperless manufacturing?, What can software product support do for you?