How We Can Make the Internet of Things Work for Manufacturing

What can analytics and real-time data do for you? What is Smart Manufacturing? How is the manufacturing industry changing?

The future is coming and carrying a wealth of production data, are you ready to capitalize on it?  Is your competition?

I don’t know where I first heard the term, Internet of Things (or, if I was a Cisco Champion, The Internet of Everything), but I quickly filed the term away for future consideration.  Yet, we are quickly coming to the point where we may soon be a cog in the grand Internet of Things machine whether we want to or not, and it’s going to have a tremendous impact on manufacturing.

The Internet of Things is a conceptual world in which every object (a Thing) is given a Unique Identifier (UID) and the ability to automatically collect data and transfer it over a network without human or computer interface.  Currently, a Thing can be anything, from a sensor on your cell phone, to an RFID chip in a package, to a health monitor (such as the FitBit Flex) worn to track footsteps and your health.  In this way, everything operates in a giant system, continually collecting data to give a real-time assessment of a moment.  Still confused?  Consider it the first step toward living in the Matrix, or the tool the NSA is using to keep tabs on us.

According to Techtarget.com and modern computer theory, the Internet of Things (IoT) is becoming a reality due to the, “… convergence of wireless technologies, micro-electromechanical systems (MEMS) and the Internet.”  With the recent increase in length of IP addresses from 32 bits to 128 bits with Internet Protocol Version 6 (IPv6), we have a system in place to create the IoT.  According to Steve Leibson and TechTarget, with IPv6 “we could ‘assign an IPV6 address to every atom on the surface of the earth, and still have enough addresses left to do another 100+ earths.’” This means, we’ve built a system that can assign a UID to everything on our planet.  It’s not a question of can we build the IoT, but when – if we’re not already living there.

The result of the Internet of Things is more data, and more accurate data.  Previously, nearly all data was captured by humans punching buttons, typing or measuring – which lead to gaps in data, or data that was just plain wrong.  But, in the future, more (vastly more) accurate data will be collected with minimal effort – and it is up to us to make the most of it.

Do you think your business will dodge this incoming deluge of actionable data?  Don’t bet on it.  Manufacturing is at the forefront of the IoT.  According to McKinsey & Co, “… 40% of the connected devices will be related to real time analytics of supply chains and equipment,” such as those used in manufacturing.

When I saw that statistic, and began considering what the Internet of Things will mean for the shop floor, I’ll admit – I was intimidated at first.  Many of us have enough trouble getting product out the door, let alone pouring over data gathered by the boxes in shipping, metal press machines, and the assembly line.  But that’s not thinking ahead, and it’s letting a potential advantage slip through our fingers. 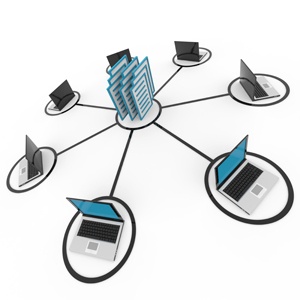 Now, more than ever, manufacturing needs to start looking at process control.  It’s time to see the shop floor not as a tool of the ERP or CRM (you know… a machine you crank-up so you can fill orders) but an integrated piece of a cohesive enterprise.

Ask yourself, do you have process visibility and control?  Do you know where an order is before the RFID on your packaging does?  Do you have true shop floor control?  If the Internet of Things reveals a potential problem, are you confident in your ability to fix it before your business starts losing money?  How are you going to capitalize on real-time, actionable data your IoT-enabled enterprise will begin delivering?  Once your customers are plugged into the data the system is generating, are they going to like what they see?

Face it, the future is coming and paper-based work instructions won’t give you the control and visibility you need, so what are you going to do about it?  Give CIMx a call and let us show you how process control, visibility, and the Internet of Things can work for your business.

Are Your Paper-based Travelers Holding Back Your Shop Floor?

Inefficient, annoying, error-prone and wasteful, many times paper-based work travelers are the...

Is Your Shop Floor Hammering to Make It Fit?

Most manufacturers know quality and efficiency would suffer if they asked their shop floor to use...

A few simple tips will help ensure your shop floor benefits from the next technology upgrade.