Newton’s Laws and MES: What the Laws of Motion Tell You about Your Shop Floor?

Isaac Newton’s physical laws have become the basis of modern manufacturing. They also help explain why many manufacturer’s struggle to improve, and point to a solution. 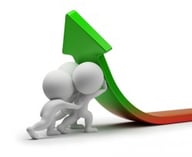 It may also help explain why so many manufacturers struggle to improve, grappling with the same tired issues year after year. Consider this:

Every object persists in its state of rest or uniform motion in a straight line unless it is compelled to change that state by forces impressed on it. 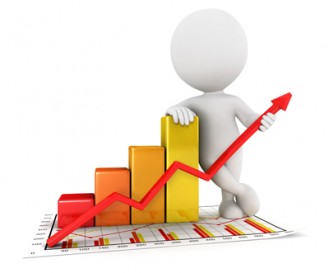 Also known as the Law of Inertia, Newton’s First Law states that unless there is no net force acting on an object (or a shop floor), then the object will maintain a constant velocity.

For a shop floor, this means that unless someone (or something) pushes, then the shop floor will continue to operate as it has in the past. Errors will continue to be made, paper and misplaced records will continue to pile up, and problems will continue. Even worse, according to the Second Law of Thermodynamics, over time energy loss and inefficiency will increase in the system (your shop floor). According to physics, doing nothing is not an option if you want to stay competitive.

Let’s be honest – there will be some who are happy with good enough, and they see the problem they know (errors and inefficiency) as preferable to the problems they don’t know (what will life be like with a system managing operations and eliminating problems?) That’s fine – if you are  struggling to improve and fear change even if you are wasting money – then go for it.

But, as Newton’s First Law says, if you want to change or improve, you’re going to need net force acting on your current operations.

2. Newton’s Second Law (You control the rate of change and improvement on the shop floor.)

Newton’s Second law explains the relationship between mass, force, and acceleration. If you know the weight of an object and how fast you want it to move, you can figure out how much force you will need to apply.

I don’t think anyone expects to throw their shop floor, but we are (or at least should be) in control of the pace of change in operations. Does the shop floor manager worry about incorporating too much change at once? Then start with a pilot program on one line to test the capabilities of the new system. Slower acceleration (A) in a smaller area (M) will require less work (F). Then, when you are ready, apply a little more force and move it to another area.

Start with a single function of an MES or shop floor paperless manufacturing system, such as Quality, and then roll out new functionality. Focus first on the most important features to help build an ROI. Eventually, you can completely upgrade operations without the growing pains that plague many implementations. We call this a “phased implementation,” and it works well.

For every action there is an equal and opposite reaction.

Accord to the Third Law of Motion, in every interaction between objects there is an equal and opposite force that acts on both objects. Another description of this Law is the “action-reaction force pairs.”

At first glance, you might think this is good reason to do NOTHING. After all, if you are upgrading your shop floor, then there must be a disastrous downgrade approaching.  Maybe you see a full-scale revolt of the workers who don’t want you to take away their beloved paper build-books.

But the truth is, the world thrives on the action-reaction pairs. It is what allows a bird to fly and fish to swim. The wings of a bird push the air downwards, and the air pushes the bird up. The bird instinctively knows how to adjust. Measured and deliberate change on the shop floor will inspire production to improve. By working to improve you create the force to enact improvements.

Without directly confronting the source of problems, you’ll never make a sustainable improvement in your operations. It is human nature to adapt and adjust to both change and action and reaction force pairs. Once you determine a path forward for your shop floor, trust they will adapt and embrace the benefits.

If you see a need for improvement in your operations, and you know the status-quo won’t be good enough in the future, then now is the time to act. Seize the moment and give us a call for a free review of your shop floor operations. Starting a project that brings positive change and benefits to your operation is easier than you might thank.